City Council has ratified the appointment of Mike Worden as the new Chief of Police for the Medicine Hat Police Service.

Worden was chosen for the position by the Medicine Hat Police Commission, which provides civilian oversight to the police service. He is currently serving as a Patrol Operations Superintendent for the Calgary Police Service, overseeing four District Offices and over 550 employees.

“We are thrilled that Mr. Worden has accepted the position as our new Police Chief,” says Sandy Redden, Chair of the Medicine Hat Police Commission. “We are confident that he will be successful at building the strong relationships necessary to successfully lead the organization through the challenges that lie ahead.”

Current Chief Andy McGrogan will retire from the Medicine Hat Police Service after serving the community for over 40 years, including the last 13 years as Chief of Police.

“The Commission also wants to extend our appreciation to Chief Andy McGrogan.  Throughout his career, Chief McGrogan has been highly regarded for his strategic leadership.  In addition to his service to this community, he has served as president of the Alberta Association of Chiefs of Police, represented policing interests nationally and participated in the development of training solutions for police and law enforcement across Canada.  As a Commission we greatly appreciated his progressive and community-focused approach.  He will be sorely missed.”

Worden will officially take on the role of Police Chief on January 4, 2021.

As an accomplished Police Executive with 25 + years’ experience with the Calgary Police Service, Worden has demonstrated an ability to lead within a mandate of modernization while balancing complex demands.  He is recognized by his peers for his collaborative approach and strong relationship building skills.

“We recognize that this is a challenging time for everyone, including the police service,” says Mayor Ted Clugston. “We look forward to Mr. Worden’s expertise and new perspective which will help us shape the future of policing in Medicine Hat. I would like to congratulate him and welcome him and his family to our community.”

“I am extremely honoured and excited by the opportunity,” says Mike Worden. “Returning to my home town to lead an organization with such a rich history and a strong reputation for their professionalism is both humbling and exciting.  I look forward to working with the strong leadership team, members of the police service, Commission, and City Council as we build upon the great work that is already happening here to best serve the residents.”

The Police Commission, along with Leaders International, completed an extensive, national search, which yielded several highly qualified candidates.  Worden will be the 22nd Chief of the Medicine Hat Police Service. 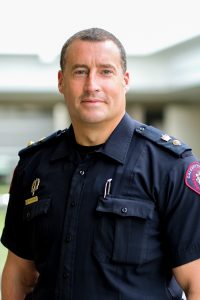 superuser
View all posts by superuser →