Ted graduated from Yorkton Regional High School in Yorkton, Saskatchewan in 1972 and from Saskatchewan Technical Institute at Moose Jaw with an Accounting Major in 1974. He attended numerous training sessions throughout his career including Babson College in Boston and Ivey University in London, Ontario, Canada.

In June 1974, Ted Rodych started working for Federated Co-op as an Accountant Trainee. From 1974 to 1986, he held numerous positions from Accountant, Office Manager, Retail Accounting Supervisor, Finance Supervisor, Finance Manager and Controller at 5 locations. In 1986, Ted transferred to Retail Operations as Retail Advisor at Federated Co-op in Calgary, Alberta. In 1989, he transferred to Outlook, Saskatchewan as General Manager. He was there for 4 years and then transferred to Drumheller, Alberta for 2 years and then to Medicine Hat Co-op, Medicine Hat, Alberta in 1995 as the General Manager. He held that position until his retirement in 2014. In addition to that position he took on the General Manager role of South Country Co-op in 2011.

Ted Rodych has been the General Manager of Medicine Hat Co-op for 19.5 years and South Country Co-op for 3 years. He grew Medicine Hat Co-op from sales of $24 million to $250 million in that time and South Country Co-op grew from $80 million to $170 million in sales. Upon his retirement both retails had a very strong net profit and a very strong and healthy balance sheet.

Ted is married to Donna and have one daughter. He is an active community supporter and is involved in several organizations. He is the past president of the Sunrise Rotary Club, past president of the Co-op Managers Association, past Director of the Southeast Community Foundation, Finance Director of the Special Olympics 2017 games which was held in July 2017, committee member of the Finance Committee at the Holy Family Parish and a member of various other smaller organizations.

Terry was born and raised in Medicine Hat.  After graduating from Medicine Hat High School, he went on to complete his Electronics Engineering diploma at SAIT in Calgary.  Terry ended up returning to the Hat to begin a 37-year career with Defence R&D Canada (DRDC) at Suffield, during which he also spent one year at Royal Military College in Kingston on an Army Technical Staff program.  His last management positions at DRDC were Head of Field Operations and Business Development Officer.

Terry returned to work with QinetiQ Target Systems in 2016, where he continues to be employed part-time.  He has been actively involved with community organizations, having served as a director on various boards including Economic Development, Praxis Science Society and Connaught Golf Club.  As an avid sports fan, Terry has also found it highly rewarding to organize programs and coach youth sports teams in golf, hockey and basketball.

Terry and his wife Esther have one son, and they look forward to continued involvement in the community.  They both enjoy giving back through volunteer activities, and feel truly fortunate to have access to the many benefits and services our City provides.

Miles Thorson was born and raised in Regina, Sask and has made Medicine Hat his
home for the past 28 years. Through the years, Miles has resided in and around Moose
Jaw SK, and the Fraser Canyon and Lower Mainland of BC.
Miles is a retired teacher. Initially teaching in and around Moose Jaw before finding
employment with MHSD 76. For much of his career, Miles taught Special Education,
Primary through Secondary. However, the majority of his time was spent with Junior
High Special Education students at CHHS. Towards the end of his teaching career,
Miles also was a school counsellor and Junior High Humanities teacher.
After retirement, Miles transitioned into mediation. For the past 10 years, Miles has
been, and continues to be, a Provincial Civil Court mediator. For the past 7 years, in
private practice with M Thorson Mediations.
Miles supports Medicine Hat community through volunteering. He serves on the boards of Connaught Golf Club and the Medicine Hat Women’s Shelter Society, as well as Chair of the Medicine Hat Exhibition and Stampede Risk Management Committee.
Miles is an active golfer and curler. Most recently, he has returned to theatre,
performing with Medicine Hat Musical Theatre production.
Miles is married to Cheryl, and has one married daughter who lives and works in
Medicine Hat.
Miles believes that Medicine Hat is a great place to live and raise a family. Medicine
Hat, its citizens and community desire a safe and secure place to live. He will be
diligent in his duties with the MH Police Commission and is proud to do so. 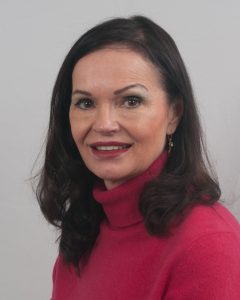 Gwendoline was born and raised in Liebenthal Saskatchewan. After graduating high school, she pursued a career in teaching English and did so happily for 33 years. Gwendoline loves teaching and learning, so much so that towards the later part of her career, she achieved her Master of Education through the University of Lethbridge, specializing in curriculum and assessment. Having taught in various high schools throughout her career, Gwendoline spent the last 13 years of her career teaching at the Medicine Hat College. When her division closed at the end of June 2020, she decided to retire to pursue other passions and interests.

Since retirement, Gwendoline is actively involved with various community organizations as a member and/or volunteer. She volunteers with Saamis Immigration, helping newcomers learn English. She is also a member of the local Rotary club and the Kiwanis Club, in addition to being an active member of local provincial politics and other volunteer organizations. Additionally, Gwendoline’s love of learning prompts her to continue to take classes online to learn about leadership, computers, writing, painting, and so on.

Gwendoline lives with her spouse, Peter Mueller. They are a blended family with a total of four adult children and five grandchildren. They enjoy spending time with family, in addition to travelling, keeping fit, biking, reading, and attending Medicine Hat’s various social and cultural events.

Gwendoline loves Medicine Hat and is committed to doing her part to continue to make it a wonderful place to work, live, thrive, and raise a family. She is excited to participate in her new role on the Medicine Hat Police Commission. 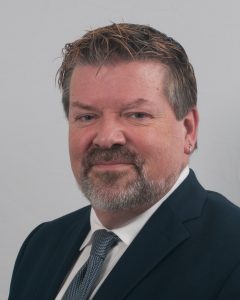 Marco was born in Rotterdam, Netherlands emigrating with his parents to settle in Edmonton where he grew up. In 1990 he began training for his career with Transport Canada/NAV Canada as a Flight Service Specialist, initially posted to Inuvik, NWT before transferring to Medicine Hat in 1995 where he continued his career until retiring in May 2022 after 31 years of service.

Marco has been active in the community in numerous and varied ways over the years. He has been involved with the local Air Cadet Squadron as a Training Officer, the Esplanade and Medicine Hat Musical Theatre as a theatre tech and lighting designer/tech, he has volunteered with the Police Point Park Interpretive program, and the Rotary Club Bicycle Program.
Marco was heavily involved in local provincial politics from 2012 as a board member and constituency President until stepping down in spring of 2021 to run as a Councillor candidate in the October 2021 Municipal Election.

Marco enjoys fishing year-round, cycling, and drone flying. He has worked closely with other local drone operators, including the MHPS, to develop and promote safe use of drones.
Marco is married to Michele Winger CMA CPA (retired) who has discovered her artistic side and is now an artist specializing in watercolours. He has two children Brianna, now living in Saskatoon, and Lucas, now living in London, England.

Marco is proud to have been appointed to the Police Commission, he recognizes that Medicine Hat is fortunate to have a highly effective and respected Police force. He is excited to be in a position to reinforce and build upon that terrific reputation. 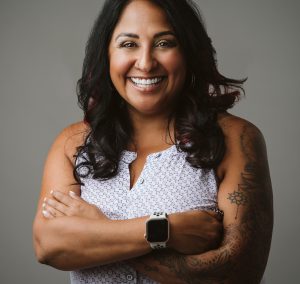 Shila was born in Medicine Hat leaving the community just before starting school. Her family came back just before Shila started university. Her career had her go down various paths and in different countries but in 2000 Shila ended back in Medicine Hat where it had all started for her.

Like many in their youth, Shila spent a good portion of her time testing the waters and trying different jobs all in an effort to see what her path may be. That included bartending at the “Sin Bin” and being an extra in a Japanese war film!

In Shila’s late 20’s she buckled down and started a career in Human Resources (HR), at what was known in that era as Lakeside Packers. During that time she continued to live in Medicine Hat and commuted to Brooks for six years. This was one of the most memorable times for her and it was an incredible experience, truthfully one of her biggest learning curves. It was from Lakeside that she moved on to be the HR Manager at Wittke and stayed in that role for 6 years.

During her six years at Wittke, Shila was fortunate enough to earn promotions and ended up fulfilling the role as the HR manager for North America. This provided her with exceptional international experience. As Wittke was bought out by an American company in the last four years of her tenure, her worldwide experience exploded. She was privileged to work with groups all over the world and with all industries from the trades to engineers and CEOs.

As the economy turned and many US factories pulled out of Canada, Shila was lucky enough to be chosen as the last man standing for the organization. While she wrapped things up, she finished another designation in Immigration. She recognized this as a natural fit after all of her international experience.

In 2004 HR SOLUTIONS was started and nine months later she started the immigration company. She has run her business downtown since 2005. Prior to having to minimize travel due to Covid, Shila managed to gain a good client base in the US for HR consulting, as she had pursued her US designations as well.

Today, Shila is learning to live in this new post-Covid world. She enjoys time at the dog park with her two puppies and hitting the links with friends at any one of the beautiful golf courses within Medicine Hat. She hopes she can have time to learn more about you and your unique story so that she can help bring more voices to the table on Council. 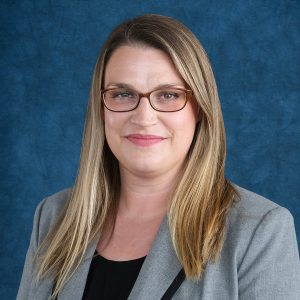 Alison grew up just outside Medicine Hat on a mixed farm on the southside of Rattlesnake Dam. Alison and her husband Mike have been married since 1998 and have two teenage daughters. She is fiercely proud of Medicine Hat and passionate in her advocacy work for this community through both her career with Community Food Connections Association as the Food Security Coordinator since 2013, and her volunteer commitments with school councils and fundraising societies, Canadian Parents for French, Palliser Friends of Medicare, and Alberta Food Matters. In her free time, Alison enjoys gardening, cooking & baking, reading, and cross-stitch. In the summer she enjoys riding her bike on Medicine Hat’s amazing trail system and swimming in the outdoor pools in the sunshine.